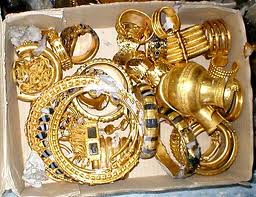 The Arabic version of this article was posted to many websites, e.g. http://www.iraqiart.com/iNP/view.asp?ID=1109 on 17 August 2010. It was also published in newspapers like the London-based Alquds Alarabi.

Translated by Misbah Kamal
London September 2010
* All information in square brackets and the end notes were provided by the translator.

Who has not heard the song 'Zoroni kolli sana marrah' [Visit Me, Once a Year] by the famous Lebanese singer Fairuz [1935 - ], alleged by the media that its composer was the Egyptian musician Sayyed Darwish [1892-1923]. This is a song that many writers described as the apogee of authentic Egyptian and Arabic singing and a proof of the genius of Sayyed Darwish. But how many historians and musicians know that Sayyed Darwish borrowed this wonderful song from his teacher, the great Iraqi musician and singer Mullah ‘Uthman Al-Mousilli [1854-1923] without mentioning the fact that originally it was a Sufi Iraqi song entitled 'Zorr kabra el-habeeb marrah' [Visit the Beloved’s Grave Once]. [1] One would have hoped that this was the only song that Sayyed Darwish has borrowed from his master without acknowledgement.


Mullah ‘Uthman bin Hajj Abdullah was born in 1854 to a very poor family in an old house in the ancient Arab city of Mosul, when Iraq was under Ottoman occupation. His father was a fresh-water carrier from the Tigris River. As if the misery of extreme poverty was not enough, when ‘Uthman was seven years old his father fell ill and died within few days, leaving his children in the care of their destitute mother, who worked as a house servant of Mahmoud Effendi al-‘Umari [d. 1865], a descendant of al-‘Umari family, one of the oldest families of Iraq, and the brother of Abdul Baqi al-‘Umari [1787-1861], a famous nineteen-century Arab poet. This was not the end of the misery for ‘Uthman as in the same year a smallpox epidemic has afflicted the city and many of its residents; it did not spare ‘Uthman. The smallpox disfigured his face and blinded him for the rest of his life.

Al-‘Umari family embraced ‘Uthman and were keen to teach him the Koran, poetry and music. He stunned those who knew him thanks to a sharpness of intelligence, a beautiful voice and an extraordinary ability of memorising. He was always ahead of his peers. Paralleled with these were two more traits that were not expected from one in hardship – namely, alacrity and geniality of manners that opened doors before him and made him a welcome companion and enabled him to gain the trust of everyone without fawning or trying hard.

‘Uthman deepened his study of religion and dressed like clergymen, a dress that he kept wearing all his life. He left Mosul to Baghdad because of the death of Mahmoud Effendi and joined Ahmad [Ezzat Basha Al-‘Umari, 1828-1892], Mahmoud Effendi’s son, who became one of the Pashas of the Ottoman Empire and a major man of letters.


Baghdad was a key milestone in ‘Uthman’s life where he became a student of Rahmat-Allah Shiltagh [1798-1872], the virtuoso of Iraqi Maqam [2] and innovator of Maqam al-Taflees, and other masters. It was in Baghdad that he engaged in politics for the first time when he criticized the Ottoman Empire in a sermon that led to a short exile in Sivas in Turkey in 1886. After that he returned to Mosul to continue the study of Koranic recitation and joined the Qadiriya Sufi order from which many well-known Koran reciters in Mosul graduated. Thereafter, he joined the Rifa’iya and Mawlawi Sufi orders. We have to pause here to reflect on possible reasons persuading ‘Uthman to engage in Sufism.

Most Sufi schools of thought were distinguished by two main characteristics. The first is the use of music (since the ninth century) in their activities that developed into distinct music and singing schools of their own and left a marked influence on the music of the Middle East. Similarly music was used by Christian monks in medieval Europe, which has evolved significantly enough that prompted the Christian Church to resort to top musicians such as Johann Sebastian Bach [3] in church rites. To date music plays a key part in church activity. The second feature was that these orders were the refuge for the lonely and the desperate whose solidarity turned them into members of a single family. This makes us believe that the alacrity of ‘Uthman was just a cover for a tormented soul in a dark world full of sounds. The Ottoman state gave full support to the Sufi orders. ‘Uthman immersed himself deep in more than one order like the Qadiriya, Rifa’iya, Mawlawiya and mastered the Farsi and Turkish languages both of which, in addition to Arabic, are very important for the study of Sufism [mysticism].

‘Uthman moved to Istanbul where he quickly became the most famous reciter of the Koran, a composer and singer. His name spread everywhere. Sultan Abdul Hameed [1842-1918] hearing of him brought him to his palace by having him arrested to hear some of his songs. ‘Uthman has excelled in his performance and repeated the visits to the palace; he had even sung in front of the palace harem. His position evolved to the extent of carrying out official duties for Sultan Abdul Hameed. Istanbul was the capital of the Ottoman Empire and its cultural centre and where once one is distinguished his name becomes known all over the empire. This fame has helped ‘Uthman and made him welcome wherever he went and enabled him to establish close relations with the celebrities of his time.

Every time ‘Uthman entered a country he sung, learned and taught; he was considered the most exquisite in singing an excelling in his art. Thus, in Egypt he introduced Hejaz Kar and al-Nahawand melodies and their derivatives; and introduced to Turkish singing the Iraqi Maqam like the Mansuri and Mousilli Maqams. This style of singing is still known in Turkey as the style of al-Hafidh ‘Uthman al-Mousilli.

Some of his famous disciples in Egypt, Mohamed Kamel El Kholaie [1879-1938], Ahmed Abu Khalil Qabbani [1833-1903], Ali Mahmoud [1878-1946] and Mohammed Rifa’at [1882-1950], and in Iraq Mohammad bin al-Hajj Hussein al-Mallah, al-Hajj Mohammed Sarhan, Mohammed Saleh al-Jawadi [1888-1973], Mohamed Bahjat al-Athari [1902-1996] and Hafidh Jameel [1908-], but the most famous was the Egyptian composer Sayyid Darwish, who met with ‘Uthman in Damascus and studied under his direction for a period of three years. Darwish borrowed the religious mowashah [4] and numerous songs. The greatest credit goes to ‘Uthman, in cultivating the talents of Sayyed Darwish and his high ranking. The most famous song borrowed by Sayyid Drawish from ‘Uthman was ‘Zorooni bil-sana marrah’ which was a religious mowashah entitled 'Zor kabrel-habeeb marrah'. Also, he borrowed ‘Tella’at ya mahla noorha’ which originated from a religious mowashah entitled 'Bihawa al mukhtar al mahdi’. ‘Uthman also supported Iraq's foremost maqam performer, Mohammed al-Qabbanji [1901-1988].

The mowashah and song output of ‘Uthman is too large to detail in this preliminary article but I will mention the most famous:

- 'Zorooni bel sana marrah' [Visit Me at Least Once a Year]

- 'Lughatto el araby uthkoreenah' [Language of the Arabs Remember Us] performed by the famous Iraqi singer the late Yusuf Omar [1918-1986]. It was borrowed by Lebanese and Indian artists under different titles.

- 'Ya nass dellony' [O People Guide Me] was taken over by Mohammed al-Ashiq from a Mowashah by al-Mousilli entitled 'Sallo alaa khairin mudhar' [Say a Prayer for the Benevolent Mudhar].

- 'Ya maan la’ibat' [You who have been Overpowered] also performed by Nathem al-Ghazali.

‘Uthman was known to have the ability to recognize men from touching their hands. He was also able to distinguish women from the way they walked. A quaint episode was during the preaching at a mosque in Istanbul in 1905. He went on and on when some of his notable acquaintances from Iraq reminded him of their presence at which he intoned: ‘O’ Fouad, O’ Musa, O’ Wafeeq, I will finish soon, wait for me.' The Turks in the congregation thought that that was part of the recital and responded: Amen, Amen.

One evening he was walking with his grandson, holding his hand on their way home. They passed through an alley known as ‘Aqdil Nasara’ [The Christians’ Alleyway]. While on their way, Sheikh ‘Uthman turned his ears listening and stopped beneath a window emitting a dim light. His grandson said to him:

- What is the matter grandfather?
- Listen! Don’t you hear the sound of oud [lute]?
- Yes. So what?
- This instrumentalist is killing me! Show me the door.

His grandson led him by few steps towards the door near them. Sheikh ‘Uthman knocked on the door with his thick walking stick and shouted: "O’ oud player, the Sol string is not tight, tension it a bit."

‘Uthman was a known publisher of books, most notably:

El Tiryaq El Farouqi [The Farouqi Antidote], which is the anthology of Abdul Baqi el ‘Umari (1898) [edited by ‘Uthman Al-Mousilli].

He published books by other authors such as Hall El Romouz Wa Kashf El Knouz [Decoding and Detection of Treasures]. He has also published a magazine in Egypt called Majallat El Ma’aarif [Knowledge Magazine] and opened up a bookstore in Istanbul to sell books.

‘Uthman al-Mousilli was distinguished by a high sense of patriotism; he was an outstanding supporter of Iraq's independence from British occupation. And in this area he scored well on numerous occasions often with a sense of humour. During a rally in Kadhimiya district in Baghdad against British occupation, the crowd heard a strange buzzing sound and thought it to be the sound of a hostile airplane and as a result all escaped in panic, leaving ‘Uthman on his own. He was the only one who recognized the source of the sound: a gaslight. ‘Uthman said sarcastically: “I swear, we’ve gotten independence!”

Although he was fun to be with, jolly in other people’s company, acutely sensitive, quick-witted, great singer, master reciter of the Koran, composer full of felicity, a man of religion, a skilled chess player; a man who was not forgetful, brilliant player of the lute, drum, Qanoon [zither or dulcimer] and flute, a book publisher and author, all these traits did not hide the man’s wretched nature that those who had studied him in depth discovered how desultory he was: flinging himself in the arms of Sufis and constantly engaging in various art forms were but a way for him to forget the misery of the dark world in which he lived and the terrible sense of loneliness in a world that he cannot see. Yet, this sense of loneliness made him not to forget close friends whom he had lamented and wrote about when they passed away. His troubled psyche was an important factor behind his love of travelling as if he was unable to find peace of mind anywhere.

The suffering of this giant ended on Tuesday, 30th January 1923 in Baghdad, leaving behind him a great legacy, which I hope that Arabs do not forget as they forgot others. A person who forgets his history is lost.

[2] Maqam can be translated as an intervallic relation of tones within a fixed order.

[4] Linguistically, the term Mowashah is derived from wishah a robe etched with embroidered ribbon and jewels. The derivation of the name was apparently meant to give latitude to lyric writers to modify the traditional form of Arabic poetry.

Mowashah is a type of group sing-along passed to us from the Andalusian Arabs in Spain that is why to this day it is known as Andalusian Mowashah.

Melodically, the Mowashah follows the lyrics so that it could have several meters. At times, the melody precedes the lyrics that are composed for an already existing melody.